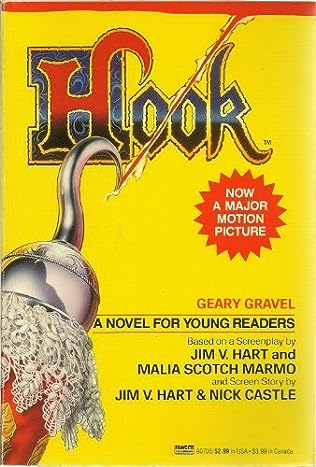 A sequel to J.M. Barrie’s classic story, Peter Pan, by the author of Shannara. Continues the life story of Peter Pan, who decides to grow up and lead a relatively uneventful family life until Captain Hook kidnaps his children from the nursery

Peter, now grown up, returns to London with his wife and two children. During their visit to Wendy, the children disappear from the nursery, and all that can be found is a cryptic note, signed “Jas Hook, Captain”.

A lawyer alienated from hectic work schedules, he finds himself in an enchanted world of Lost Children, Fairies and Pirates. He has the face of Peter Pan, but he is an adult and must find his children following a strange message from Captain Hook. A book where the melancholy of lost innocence weaves the storylines of an exciting story.