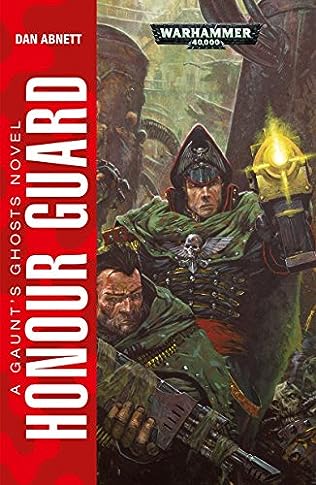 Commissar Gaunt and his Ghosts are back in the thick of the action in a battle to defend a vital shrine-world.

In disgrace after a catastrophic war, Colonel-Commissar Ibram Gaunt and the Tanith First are sent to retrieve precious artifacts from a world lost to Chaos.

With enemy all around them and time against them, Gaunt’s Ghosts and their allies must prevent the holy relics of Saint Sabbat from falling into their foes’ hands – and as mysterious events begin to occur, Gaunt begins to suspect that the Saint herself might be aiding them from beyond the grave.

But the vile forces of Chaos will never allow them to hold their prize for long and as the counter-attack rages, Gaunt is sent after the most priceless relic of all: the remains of the ancient saint who first led humanity to these stars.