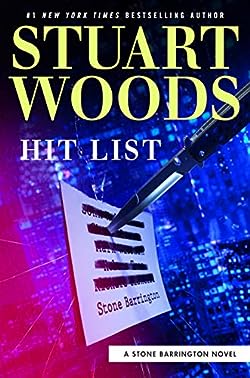 Stone Barrington finds himself in some very hot water in the heart-stopping new adventure where he faces down a vengeful miscreant from #1 New York Times-bestselling Stuart Woods.

When Stone Barrington finds his name on a hit list, he plans to lie low until the culprit is caught. But when this foe shows no signs of stopping until his deadly objective is realized in full, Stone is left with no choice but to face the problem head-on.

Armed and alert, Stone joins forces with his most savvy connections to catch the perpetrator before the next strike. But it turns out this scum is an expert at evasion in more ways than one, and the international cat-and-mouse hunt that ensues has Stone questioning if he has become the predator or the prey…

It was a list of names: ten of them; half men, half women.