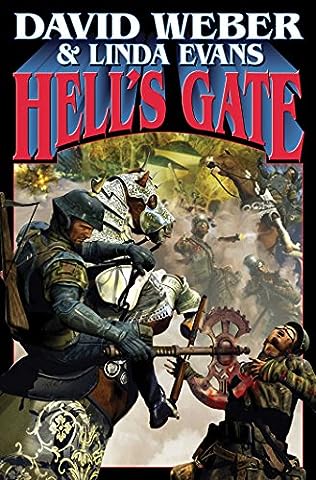 The Union of Arcana has expanded through the portals linking parallel universes for over a century and a half. In that time, its soldiers and sorcerers have laid claim to one uninhabited planet after another¿all of them Earth, and in the process, the Union has become the most powerful, most wealthy civilization in all of human history.

But all of that is about to come to a screeching halt, for the Union¿s scouts have just discovered a new portal, and on its far side lies a shattering revelation. Arcana is not alone, after all. There is another human society, Sharona, which has also been exploring the Multiverse, and the first contact between them did not go well. Arcana is horrified by the alien weapons of its sudden opponents, weapons its sorcerers cannot explain or duplicate. Weapons based upon something called . . . science.

But Sharona is equally horrified by Arcana¿s ¿magical¿ weapons. Neither side expected the confrontation. Both sides think the other fired first, and no one on either side understands the ¿technology¿ of the other. But as the initial disastrous contact snowballs into all-out warfare, both sides can agree on one thing. The portal which brought them together is Hell¿s Gate itself!