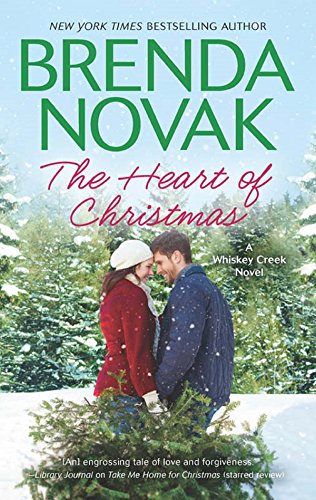 We meet Eve Harmon during the winter season as she prepares her B&B for another Christmas. At thirty-five, it’s the holiday season that accentuates what Eve is missing in her life. It begins with Eve waking up after a night of excessive birthday celebrating to find a handsome stranger in her bed.

Eve Harmon has always enjoyed Christmas, but this year it reminds her of everything she doesn’t have. Almost all her friends are married now, and that’s what Eve wants, too. Love. A husband and kids of her own. But the B and B she manages, and even Whiskey Creek, the small Gold Country town where she was born and raised, suddenly seem…confining.

Eve’s worried that her future will simply be a reflection of her past. There’s no one in the area she could even imagine as a husband—until a handsome stranger comes to town. Eve’s definitely attracted to him, and he seems to have the same reaction to her. But his darkly mysterious past could ruin Eve’s happily ever after—just when it finally seems within reach. And just when she’s counting on the best Christmas of her life!