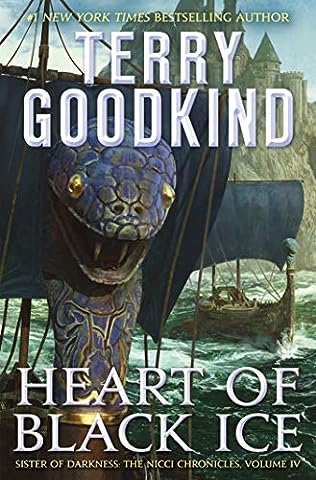 In the wake of the brutal war that swept the Old World in Siege of Stone, a new danger is forming along the coast. Taken captive by their enemies, King Grieve, along with Lila and Bannon are about to discover the terrifying force that threatens to bring destruction to the Old World.

The Norukai, barbarian raiders and slavers, have been gathering an immense fleet among the inhospitably rocky islands that make up their home. With numbers greater than anyone could have imagined, the Norukai are poised to launch their final and most deadly war.

Nicci offers some of the most intense and glowing reads of her chase after Richard. This female anti-hero yet enemy-turned-loyal-companion of Richard and Kahlan, has become even more of a loved figure within their realm post-Emperor Jagang. She follows her purpose in protecting Richard and becomes a trusted friend for all. Now that the world ever has been resolved and peace rules the land, Nicci finally follows her own path. What ensues is another grand adventure that only Terry Goodkind can write in this marvelous land he has crafted.