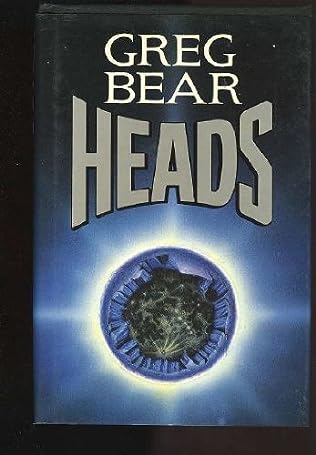 As Mickey Sandoval’s brother-in-law uses the moon’s facilities to achieve zero degrees Kelvin–Absolute Zero, when all cellular motion ceases–Mickey’s sister buys 410 cryogenically frozen heads, and one of them turns out to be a big surprise.

Ice Pit Station, an almost abandoned mining colony beneath the surface of the moon, is now the site of two experiments that may stretch the boundaries of the possible.

Project One: to achieve a temperature of Absolute Zero – the ultimate state of cold, cold that can freeze space-time itself…and bend the laws of physics.

Project Two: to take four hundred and ten human heads, cryogenically frozen for decades, and record the memories preserved in their ancient brains. In effect, to read the minds of the dead.

But a bizarre Earthborn cult is out to stop the research at Ice Pit Station and they will resort to any tactic, no matter how treacherous, to destroy the Heads.