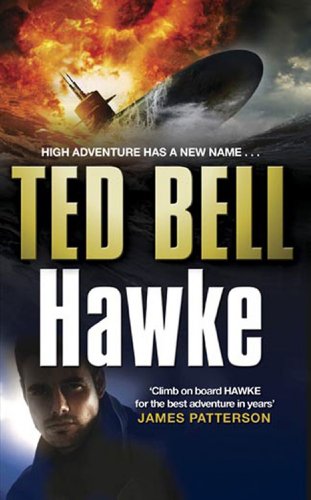 A direct descendant of a legendary English privateer, Lord Alexander Hawke is one of England’s most decorated naval heroes. A James Bond for the 21st century, Alex Hawke is suave, sexy, smart, wealthy, and deadly.

Now, in the Caribbean on a secret assignment for the American government, Hawke must disarm a ticking time bomb — a highly experimental stealth submarine carrying forty nuclear warheads that has fallen into the hands of an unstable government just ninety miles from the U.S. mainland.

What brings Alex back to the scene of a crime he only vaguely remembers witnessing as a child is a mission to find and recover a stealth submarine that’s gone missing less than a hundred miles from the American mainland, complete with 40 nuclear warheads and a rogue terrorist’s finger on the countdown button. It’s a hoary premise, but Bell makes it work with skillful plotting, quick characterizations, and a lively hero who deserves a sequel, not to mention the big screen treatment.

But Hawke’s mission is twofold, for he has returned to the waters where modern-day pirates brutally murdered his parents when he was a boy — after a lifetime of nightmares, will vengeance be his last?