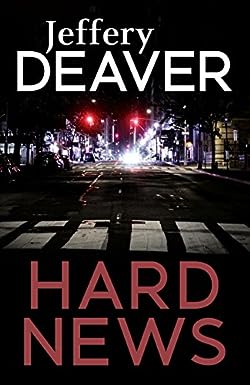 The third in the New York-based Rune trilogy by Jeffery Deaver.

Rune is an aspiring filmmaker with more ambition than political savvy, paying her dues as an assistant cameraperson for the local news. But she’s got her eyes on the prize, the network’s hot newsmagazine, Current Events — and she’s got the story she knows will get her there.

Poking around in the video archives, Rune spots a taped interview with Randy Boggs, who’s doing hard time in Attica for a murder he claims he didn’t commit. Rune can’t say exactly why, but she’s sure he’s innocent. If she can prove it, Current Events won’t merely report the news, it’ll make news — and Rune’s career.

Randy Boggs is innocent. Rune, an ambitious assistant cameraman in a local New York news service, is convinced of this. Inconsistent evidence, superficial investigations, fragmentary testimonies, everything suggests that behind a hasty conviction for murder lies a great story that is just waiting to be told.

But what she could be writing is Randy Boggs’s epitaph — and her own. Rune’s newly discovered witness soon turns up dead. A hit man from Miami is on Rune’s trail, and Boggs is finding prison even more dangerous than before. Someone wants this story killed, and it could be the girl with the camera who ends up on the cutting room floor.