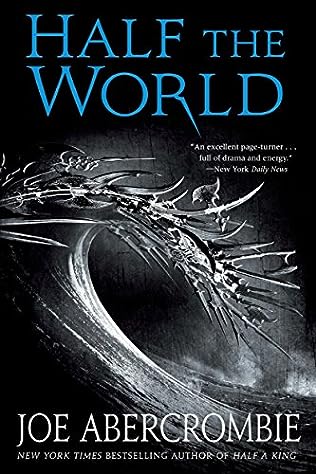 Thorn Bathu was born to fight. But when she kills a boy in the training square she finds herself named a murderer.

Fate places her life in the hands of the deep-cunning Father Yarvi as he sets out to cross half the world in search of allies against the ruthless High King. Beside her is Brand, a young warrior who hates to kill. A failure in her eyes and his own, the voyage is his last chance at redemption.

But warriors can be weapons, and weapons are made for one purpose. Will Thorn always be a tool in the hands of the powerful, or can she carve her own path? Is there a place outside of legend for a woman with a blade?

She is one of the few girls in Gettlandia who has received the gift of Mother War. Desperate to avenge her father’s death, she lives for the fight. But after a tragic accident in the training square, his own instructor killed her as a murderer and became an outlaw.

Diving fate, the young woman is trapped in a conspiracy when she embarks on the ship of Father Yarvi, a tremendously cunning cleric. Together with the rest of the crew, Thorn will sail half the world in search of allies to fight the ruthless High King, and learn very hard lessons based on deception and blood.

She is accompanied on this trip by young Brand, a warrior who hates killing. Although in such a warlike society this is considered a failure, the journey through the Broken Sea will offer you an unexpected opportunity to redeem yourself in everyone’s eyes.