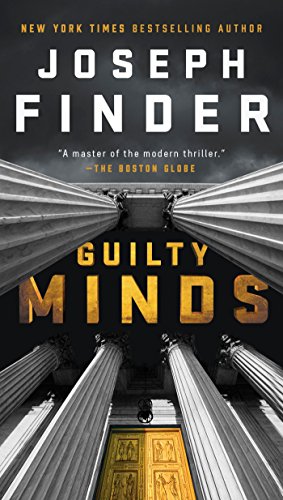 New York Times bestselling author Joseph Finder delivers an exhilarating and timely thriller exploring how even the most powerful among us can be brought down by scandal, and how the lies we tell one another—and ourselves—can never truly stay buried.

The chief justice of the Supreme Court is about to be defamed by a powerful gossip website called Slander Sheet, which specializes in dirt on celebs and politicians. Their top reporter has written an exposé claiming that he had liaisons with an escort, a young woman willing to appear on video and tell the world her salacious yet convincing tale. But the chief justice is not without formidable allies, and his greatest supporter is determined to stop the story in its tracks.

Nick Heller is a private spy—a private intelligence operative based in Boston, hired by lawyers, politicians, and even foreign governments. Known as both a maverick and a dedicated, high-powered investigator, he’s called to Washington, DC, to help out in this delicate, potentially explosive situation.

Nick has just forty-eight hours to prove the story about the chief justice is baseless. But when the call girl is found murdered, the case takes an unexpected and dangerous turn, and Nick resolves to find the true mastermind behind the Slander Sheet story before anyone else falls victim to the maelstrom of political scandal and ruined reputations predicated upon one carefully concealed secret.