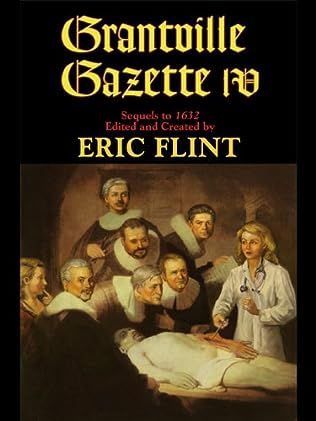 After the West Virginia town of Grantville was unceremoniously hurled back through time to the 1630s, the seventeenth century would never be the same.

Teenage capitalist girls have formed an investment group; a linotype operator, whose profession was wiped out by computers, finds a new life in an old century; a narrow gauge railroad, with a sit-down mower doubling as a locomotive, revolutionizes military transportation; the proud tradition of the U.S. Marines is started ahead of schedule among downtime Europeans; and what will the master musicians and composers of the pre-Bach era make of heavy metal sounds?

Stories include:
* The Anatomy Lesson by Eric Flint
* Poor Little Rich Girls by Paula Goodlett and Gorg Huff
* ‘Til We Meet Again by Virginia DeMarce
* One Man’s Junk by Karen Bergstrahl
* Chip’s Christmas Gift by Russ Rittgers
* Dice’s Drawings by Dan Robinson
* The Class of ’34 by Kerryn Offord
* Magdeburg Marines: The Few and the Proud by Jose J. Clavell
* Elizabeth by Ernest Lutz and John Zeek
* Heavy Metal Music or Revolution in Three Flats by David Carrico
* Drillers in Doublets by Iver P. Cooper
* How to Keep Your Old John Deere Plowing: Diesel Fuel Alternatives for Grantville 1631–1639 by Allen W. McDonnell
* How to Build a Machine Gun in 1634 with Available Technology: First View by Leonard Hollar, Tom Van Natta, and John Zeek
* How to Build a Machine Gun in 1634 with Available Technology: Second View by Bob Hollingsworth
* A Looming Challenge by Pam Poggiani