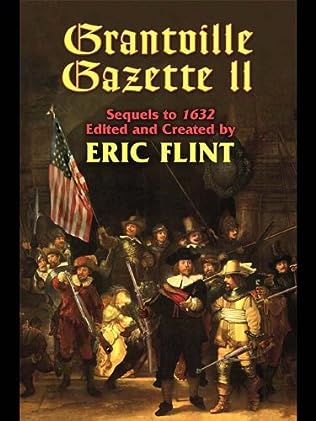 The new United States in central Germany launches a one-plane Doolittle Raid on Paris, France. The target: their arch-enemy, Cardinal Richelieu. Meanwhile, an ambassador from the Mughal Empire of northern India is being held captive in Austria by the Habsburg dynasty.

Mike Stearns decides to send a mercenary company to rescue him, led by two seventeenth-century mercenary officers: an Englishman and an Irishman, who seem to spend as much time fighting each other as they do the enemy.

Stories include:
* Steps In The Dance by Eric Flint
* Collateral Damage by Mike Spehar
* Euterpe, Episode 1 by Enrico M. Toro
* The Company Men by Christopher James Weber
* Just One Of Those Days by Leonard Hollar
* God’s Gifts by Gorg Huff
* Bottom-Feeders by John Zeek
* An Invisible War by Danita Lee Ewing
* A quick and dirty treatise on historical fencing by Enrico M. Toro
* So You Want To Do Telecommunications In 1633? by Rick Boatright
* Mente Et Malleo: Practical Mineralogy And Minerals Exploration In 1632 by Laura Runkle
* The Secret Book Of Zink by Andrew Clark