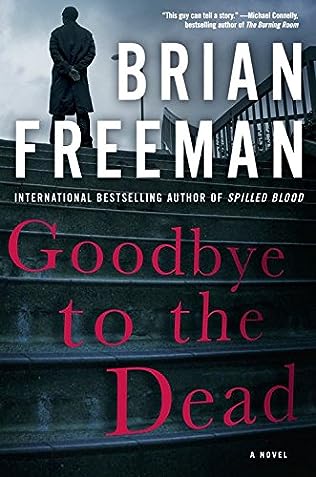 Detective Jonathan Stride’s first wife, Cindy, died of cancer eight years ago, but her ghost hangs over Stride’s relationship with his current lover, and fellow detective, Serena Dial. When Serena witnesses a brutal murder outside a Duluth bar, she stumbles onto a case with roots that go all the way back to the last year of Cindy Stride’s life.

At the time, Cindy and Stride were on opposite sides of a domestic murder investigation. Gorgeous, brilliant Janine Snow–a surgeon transplanted to Duluth from Texas–was the prime suspect in the shooting death of her husband. Cindy believed her friend Janine was innocent, but Stride thought all the evidence pointed to the surgeon–even though the gun was never found. Despite Cindy’s attempts to help Janine, the case led to a high-profile murder trial in which Janine was convicted and sent to prison.

During the current investigation, Serena finds a gun used in the murder of a woman connected to an organized crime syndicate–a gun that turns out to be the same weapon used to kill Janine Snow’s husband. Two unrelated cases years apart suddenly have a mysterious connection. As Stride investigates the possibility that human traffickers are targeting women in the Duluth port, he begins to question whether he made a terrible mistake eight years ago by putting an innocent woman in prison. And whether he will ever be able to make peace with the memory of his beloved wife and give his heart to Serena.