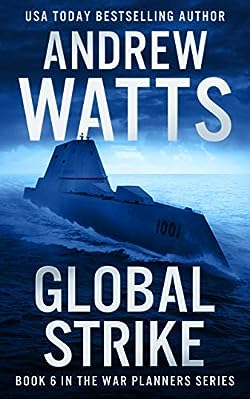 It has been over a year since the war began. A year since China launched a surprise attack on America.

On that fateful day, EMP and cyber weapons plunged much of the nation into a dark chaos. Thousands of anti-ship missiles gutted the US Pacific fleet. A Chinese-allied North Korea launched an all-out attack on South Korea. And a Chinese information warfare campaign tricked America into launching its own limited nuclear strike.

The aftermath was devastating.

But the Chinese-American war has grown cold in the past year. Fighting between the two superpowers has been slowed by oceanic moats. China’s strategy is to put America under siege, politically and economically. And it’s working.

But the flames of war will soon rekindle.

Chinese President Jinshan is not long for this earth. With cancer giving him only a few months left to live, he is ready for his final move. A massive Chinese military transit across the Pacific, and eventually onto American soil.

The Americans are preparing. David Manning is now one of the top members of a secretive CIA-Pentagon team tasked with finding a winning strategy. His brother Chase is working with American special forces and CIA teams in Chinese-contested hot spots around the world. Victoria Manning is the commanding officer of a navy helicopter squadron in the eastern pacific. And Lena Chou is held prisoner on an American military base.

But everything is about to change. Time is running out. And the Americans will need more than technology or bravery to win the war. They will need a plan.