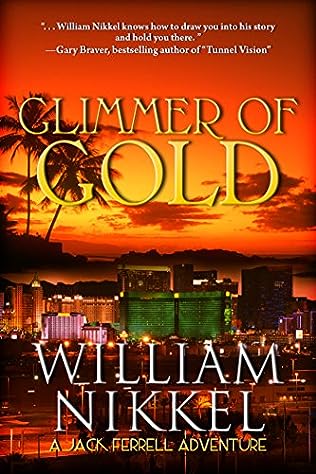 Jack Ferrell is engaged to a rich drop-dead gorgeous blonde Ellery Seaport and living rent-free in the guest cottage at her parent’s house on Maui. Most men would consider him one of the luckiest guys alive. But is he?

Free diving on a reef off the south coast of Maui, Jack spies something small and round—like a golden eye gleaming at him from the coral—and makes a grab for it. Back aboard his Zodiac, he discovers he’s found a 1941 West Point class ring with the initials C. W. M. inscribed on inside of the band.

While struggling with his failing relationship and his new job working for his fiancée’s father, an unscrupulous developer, Jack sets out to find the soldier who lost the ring—a quest that leads him to Charles William McIntyre. But it’s not until he gets a phone call from McIntyre’s twenty-seven-year-old granddaughter Katie that he learns the ring’s secret.

The ring is evidence needed to support her father’s alibi, and Jack’s statement is crucial. To help secure her father’s release from prison, he joins Katie in Henderson, Nevada where she lives. But it’s not that easy. Someone is willing to kill to keep her father behind bars. As Jack and Katie race to stay a step ahead of the killer, they put their lives on the line to discover the identity of the man responsible for her mother’s murder and the truth behind her death.