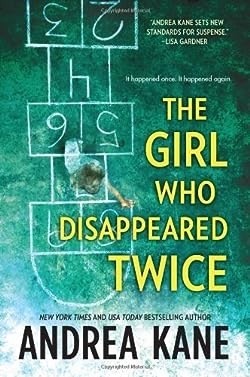 If she’d only turned her head, she would have seen the car containing her daughter, struggling to get out. Struggling to escape her kidnapper.

Despite all her years determining the fates of families, veteran family court judge Hope Willis couldn’t save her own. Now she’s frantically grasping at any hope for Krissy’s rescue. Her husband dead–set against it, she calls Casey Woods and her team of renegade investigators,Forensic Instincts.

A behaviorist.A techno–wizard.An intuitive.A former Navy SEAL. Unconventional operatives.All with unique talents and personal reasons for being part of Casey’s group, they’ll do whatever it takes.

Able to accurately read people after the briefest of encounters, Casey leads her crew to Krissy’s home. There, she picks up the signs of a nervous spouse, a guilty conscience, a nanny that hides on her cell. She watches as secrets beg to creep into the open.

Forensic Instincts will dig through each tiny clue and eliminate the clutter. But time is running out, and even working around the clock, the authorities are bound by the legal system. Not so Casey’s team. For they know that the difference between Krissy coming back alive and disappearing forever could be as small as a suspect’s rapid breathing, or as deep as Hope’s dark family history.