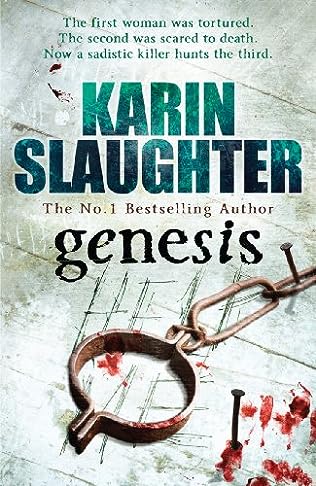 When a tortured young woman enters the trauma center of an Atlanta hospital, Dr. Sara Linton is thrust into a desperate police investigation with Special Agent Will Trent and his partner, Faith Mitchell. Though guarding their own wounds and their own secrets, Sara, Will, and Faith find that they are all that stand between a madman and his next victim.

Three and a half years ago former Grant County medical examiner Sara Linton moved to Atlanta hoping to leave her tragic past behind her. Now working as a doctor in Atlanta’s Grady Hospital she is starting to piece her life together. But when a severely wounded young woman is brought in to the emergency room, she finds herself drawn back into a world of violence and terror.

The woman has been hit by a car but, naked and brutalized, it’s clear that she has been the prey of a twisted mind. When Special Agent Will Trent of the Criminal Investigation Team returns to the scene of the accident, he stumbles on a torture chamber buried deep beneath the earth. And this hidden house of horror reveals a ghastly truth – Sara’s patient is just the first victim of a sick, sadistic killer.

Wrestling the case away from the local police chief, Will and his partner Faith Mitchell find themselves at the centre of a grisly murder hunt. And Sara, Will and Faith – each with their own wounds and their own secrets – are all that stand between a madman and his next crime…