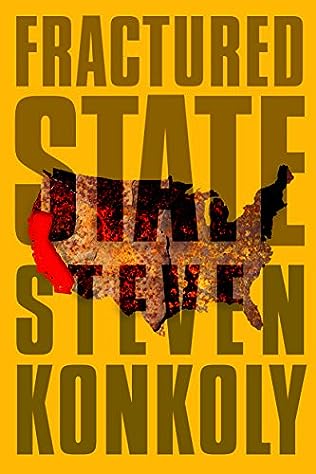 A land in ruin. A state on the verge of secession. A man on the run.

In 2035, the southwestern United States is ravaged by drought, reeling from an environmental catastrophe that has left the landscape a chaotic, depleted ruin. California, still viably inhabitable due to its oppressive social controls, marshals state-of-the-art surveillance technology and totalitarian policies to preserve its fragile hold on rapidly dwindling resources and an increasingly unsettled population.

After a prominent California congresswoman is assassinated for her support of the state’s secession from the United States, Nathan Fisher—accidental witness to a clandestine military-style operation—is drawn into an unraveling conspiracy that reaches the highest levels of power and threatens the lives of Fisher and his family.

Hunted by ruthless killers seeking to ensure his silence, suspected by the authorities, and aided only by a loyal Marine officer with a mysterious agenda, Fisher and his loved ones must somehow stay a step ahead of their relentless pursuers, navigating a ruined world in a desperate search for sanctuary. With their lives on the line and California on the brink of secession, can they save themselves—and ultimately their country?