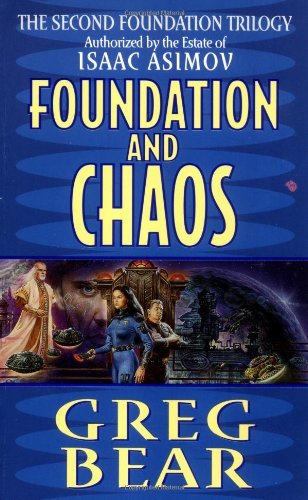 Isaac Asimov’s renowned Foundation Trilogy pioneered many of the familiar themes of modern science fiction and shaped many of its best writers. With the permission and blessing of the Asimov estate, the epic saga left unfinished by the Grand Master himself now continues with this second masterful volume.

With Hari Seldon on trial for treason, the Galactic Empire’s long-anticipated migration to Star’s End is about to begin. But the mission’s brilliant robot leader, R. Daneel Olivaw, has discovered a potential enemy far deadlier–and closer–than he ever imagined. One of his own kind.

A freak accident erases the basic commandments in humaniform robot Lodovik Trema’s positronic brain. Now Lodovic’s service to humankind is no longer bound by destiny, but by will. To ensure his loyalty, Daneel has Lodovic secretly reprogrammed. But can he be trusted? Now, other robots are beginning to question their mission–and Daneel’s strategy.

And stirrings of rebellion, too, are infecting their human counterparts. Among them is a young woman with awesome psychic abilities, a reluctant leader with the power to join man and robot in a quest for common freedom.or mutual destruction.