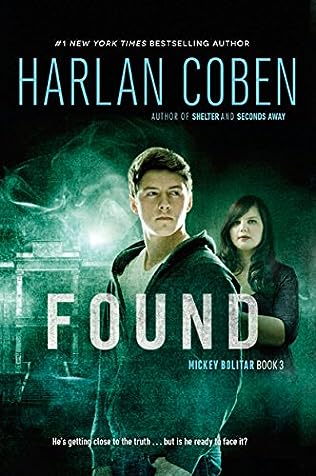 A new Mickey Bolitar novel following on from Shelter and Seconds Away.

It’s been eight months since Mickey Bolitar witnessed the tragic death of his father.

As if that wasn’t bad enough, Mickey’s sophomore year of high school brings on a whole new set of troubles. Spoon is in hospital, Rachel won’t tell him where he stands, his basketball team-mates hate him . . . and then there’s Ema’s surprise announcement: she has an online boyfriend and he’s vanished. The guilt Mickey Bolitar felt over the shocking injury his friend Spoon (real name Arthur) had received would not abate – in hospital and paralysed from the waist down, nevertheless the bedridden boy was cheerful enough.

Whilst searching for Ema’s missing boyfriend(who may not even exist!), Mickey gets roped into helping his nemesis, Troy Taylor, with a big problem.

All the while, Mickey and his friends are pulled deeper into the mysteries surrounding the Abeona Shelter – until the shocking climax, where Mickey finally comes face-to-face with the truth about his father.