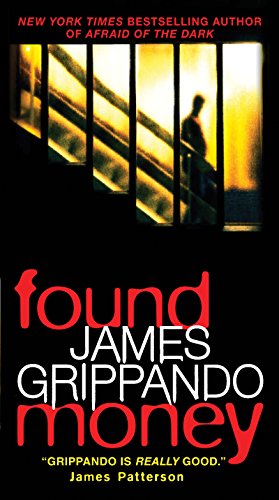 A young woman finds $200,000 in cash in a cardboard box delivered to her door. A man inherits a fortune from a father who died “penniless.” Amy Parkens and Ryan Duffy have never met, but they are about to, as each discovers that found money can be a godsend––or a nightmare.

Amy Parkens is a struggling single mother forced to abandon a career in astronomy for a practical computer job. She feels condemned to long hours, low pay, and no time to spend with her daughter. Then an unmarked package arrives. There’s no card, no note, no return address. Someone has simply sent her a small fortune. Amy has no idea who––or why. She only knows her dead-end life has changed forever.

Though she longs to keep the cash, Amy fears a mistake, a setup, or even a possible connection to her mother’s mysterious suicide twenty years earlier. She has to find the source. But when she tries to look her gift horse in the mouth, someone snatches the money away––quickly, violently.

Ryan Duffy is a decent, responsible man, a small–town physician from the plains of southeastern Colorado. Like Amy, Ryan has recently found unexpected wealth. His father’s estate is worth more than Ryan could ever have imagined––millions more. Truth is, Dad was a hardworking electrician for forty–years. But in his attic, he hid a fortune. The Duffy family has been guarding this secret. Was it extortion, burglary, or some other shocking crime? And now that Ryan has the money, what should he do?

Painful as it is, Ryan is drawn to his father’s dark past. Amy, on the same desperate quest for answers, soon crosses Ryan’s path. Their search takes them through a labyrinth of deception and blackmail, leading to a man of unfathomable power.

Yet the past is not what it appears. Heinous crimes touched their families years ago. Amy and Ryan must solve a treacherous puzzle to learn why the true victims never came forward, why the real wrongdoers went unpunished, and why certain people would kill to keep their secrets.