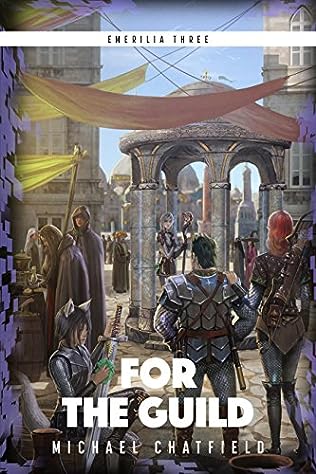 After four months of training, Party Zero is ready to join up with the Stone Raiders and test out their newfound power.

Forces have their eyes on the Stone Raiders for their own reasons. The Stone Raiders and Party Zero will be vital to the plans of higher powers and the future of Emerilia. They just have to survive long enough to make it there.

A series of events are set into motion that will change the world, and just maybe the Universe.

In the third story, the pace picks up on both Emerilia and the larger universe of these books. Dave and the rest of party zero continue to develop their skills as characters and their party has to put those to the test against both the challenges the planet has to offer and also against a dark-aligned player killing guild who has the Stone Raiders guild in their sights.

The story continues on a measured pace building on everything that has been endured so far by the groups and the world of Emerilia continues to get more complex and in depth, as the characters continue to develop they grow and learn as new parts are implemented into the story.