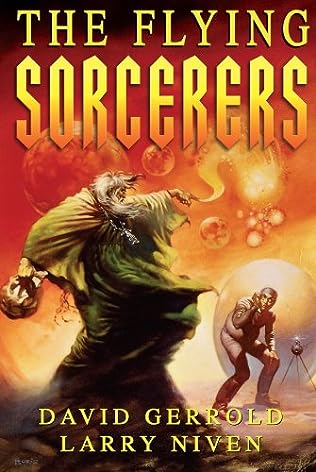 by Larry Niven with David Gerrold
(1971)

This funny and insightful science fiction classic introduces Shoogar, the greatest wizard ever known in his village. His spells can strike terror in the hearts of even his most powerful enemies. But the enemy he faces now is like none he has ever seen before.

The stranger has come from nowhere and is ignorant of even the most basic principles of magic. But the stranger has an incredibly powerful magic of his own.

There is no room in Shoogar’s world for an intruder whose powers match his own, let alone one whose powers might exceed his. So before the blue sun can cross the face of the red sun once more, Shoogar will show this stranger just who is boss.