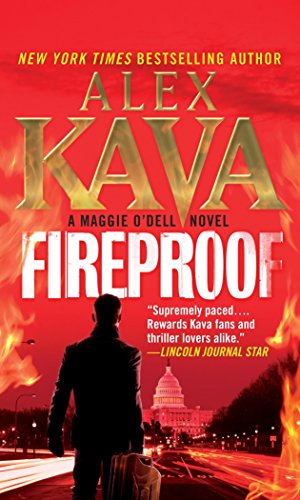 New York Times bestselling author Alex Kava returns in a blaze of glory with a gripping, action-packed thriller featuring special agent Maggie O’Dell, who is leading the search for a serial arsonist whose crimes threaten Maggie dangerously close to home.

When a building bursts into flames on a cold winter night in D.C., investigators see a resemblance to a string of recent fires in the area. There is one difference, however: This one has a human casualty. The local team insists they’re looking for a young white male, suffering from an uncontrollable impulse to act out his anger or sexual aggression. But when special agent Maggie O’Dell is called in, everything she sees leads her to believe that this is the work of a calculating and controlled criminal.

Jeffery Cole, a reporter looking for his big break, is also at the scene of the crime and decides to make Maggie part of his news piece, digging up aspects of her past that she would rather forget. Maggie’s brother Patrick is also back in DC where he is working for a private firefighting company and is frequently called in as these fires continue to light up around the city.

As the acts of arson become more brazen, Maggie’s professional and personal worlds begin to collide dangerously. The killer may be closer than she imagines.