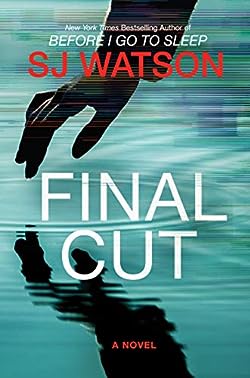 Blackwood Bay. An ordinary place, home to ordinary people. It used to be a buzzing seaside destination. But now, ravaged by the effects of dwindling tourism and economic downturn, it’s a ghost town – and the perfect place for film-maker Alex to shoot her new documentary.

But the community is deeply suspicious of her intentions. After all, nothing exciting ever happens in Blackwood Bay – or does it? Blackwood Bay. An ordinary place, home to an extraordinary secret.

For generations, Blackwood Bay, a quaint village in northern England, has been famous only for the smuggling that occurred along its coastline centuries ago, but then two local girls disappear bringing the town fresh and dark notoriety. When Alex, an ambitious documentary filmmaker, arrives in Blackwood Bay, she intends to have the residents record their own stories as her next project. But instead of a quaint community, Alex finds a village blighted by an economic downturn and haunted by a tragedy that overshadows every corner.

Alex pushes on with her work, but secrets old and new rise to the surface, raising tensions and suspicions in a town already on edge. Alex’s work takes her to dark places and uncomfortable truths which threaten to lead to a deadly unraveling.