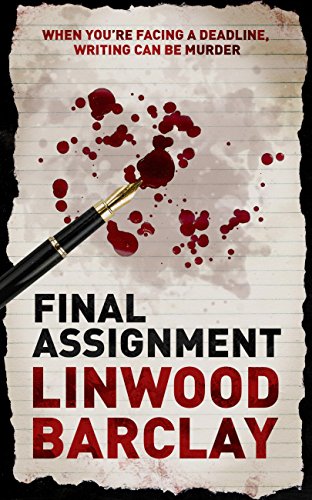 For ex-cop turned private investigator Cal Weaver, this was not exactly the biggest case of his career; in fact, he only took it on because Greta Carlson was a friend of a friend. Greta’s sixteen-year-old son Chandler was in trouble at school because of a short story he’d written. Admittedly the story featured a boy bludgeoning his best friend to death with a baseball bat because of an argument over a girl.

But still, a story? Mrs. Carlson wanted Cal to dig up some dirt on the high school principal she could use as leverage to get Chandler reinstated, and Cal told her in no uncertain terms that he wasn’t going to go down that road. But that wasn’t quite the end of the story. Chandler’s best friend Mike seems to be missing, and at the same time Cal can’t shake the feeling that Chandler may have had some help in completing his writing assignment.

Life, it seems, may have imitated art after all, but figuring out who’s the author and who are just characters in the drama will take all of Cal’s critical skills to determine.