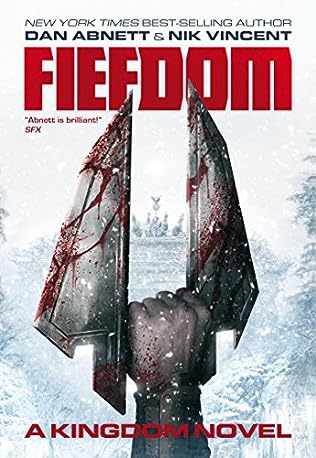 The last of humanity has taken refuge in hibernation at the poles, hiding from the giant invading insects that have conquered the Earth. Defending these outposts against bug attacks are genetically engineered dog soldiers, loyal and unquestioning to the Masters’ voices in their heads.

At least they were, but things have changed on the Earth. The Masters’ voices have gone and a new peace has arrived in the northern hemisphere. The legend of a masterless rogue soldier from the distant South has spread, and in the new Fiefdoms of old Germany, something very dangerous is about to happen.

In a not-too-distant future, amongst ruins in the ancient city of Berlin the Aux’s live in clans, fighting amongst themselves. Their ancient enemey, Them – giant marauding insects, are a folk memory.

Young Evelyn War however will be the first to realise that this quiet is not what it seems, that the Auxs themselves, having been bred for hand-hand combat in a war long-thought to be over, and now idling violently in peace in the subways and collapsing buildings Europe, must set aside their petty hostilities if they are to face the battle to come.

Evelyn is the only one to see the oncoming storm, but the clan leaders and her elders do not believe her warnings, and time is running short.