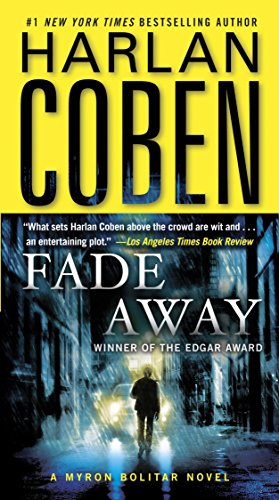 Myron Bolitar once had a promising career as a sportsman, until an accident forced him to quit. After a spell in the FBI he now runs his own business.

Then Myron is approached to find Greg Downing. He knows Greg from old – they were once rivals, not just in sport, but for a woman they both loved. Now Greg has vanished, and the team boss wants Myron to find him, before news of his disappearance is leaked to the press.

The home was top-notch New Jersey suburban. The living room was Martha Stewart. The basement was Legos—and blood. For sports agent Myron Bolitar, the disappearance of a man he’d once competed against was bringing back memories—of the sport he and Greg Downing had both played and the woman they both loved.

Now, among the stars, the wannabes, the gamblers and groupies, Myron is unraveling the strange, violent life of a sports hero gone wrong, and coming face-to-face with a past he can’t relive, and a present he may not survive.

In novels that crackle with wit and suspense, Edgar Award winner Harlan Coben has created one of the most fascinating and complex heroes in suspense fiction—Myron Bolitar—a hotheaded, tenderhearted sports agent who grows more and more engaging and unpredictable with each page-turning appearance.