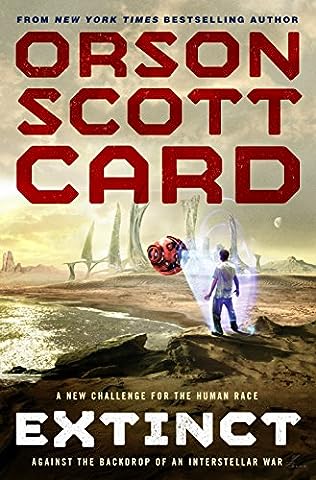 From the creator of Ender’s Game comes a new science fiction series of hope, survival, and second chances. In a universe at war, the long-extinct human race may be the only hope for victory, in Orson Scott Card’s Extinct, the first book in a new trilogy.

Four hundred years after the extinction of the human race in a battle between alien civilizations at war, a devastated Earth lies nearly uninhabited. But one of the alien combatants left something behind, a weapon that they believe can win their war once and for all.

The series takes place 400 years after the human race has been exterminated by aliens. It follows Ezra, Abram, and Feena[5] who have been revived by an alien faction for the purposes of restarting human civilization. The group cultivates their relationship with the alien restorers while dealing with conflicts from those genocidal aliens which destroyed humanity.