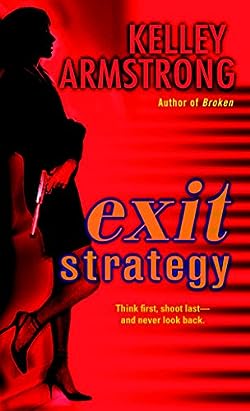 Nadia Stafford is one of the world’s few female contract killers. A former cop, drummed out of the force because of a scandal, she is an expert at disguise and cool under pressure. But when fellow hitman Jack arrives on the scene, Nadia’s very private existence is seriously challenged.

A series of victims are being murdered seemingly at random all over the country — different areas, different walks of life, different MOs. There is nothing to tie them together except a random page torn out of a single book: Helter Skelter. But does the Helter Skelter killer — as the hysterical media now dub him — have a real connection to Charles Manson? Or is there something even more sinister at work?

Is this, in fact — as Jack believes — the carefully planned exit strategy of a fellow professional killer, determined to leave the life, but equally determined to clear up an old mistake? And, if so, which is the real victim?

Now, the highly suspicious and secretive hitman community will have to break their cover — at least, to each other — and help take down this killer before the cops and the Feds discover his true connection to their own secret, exclusive society…