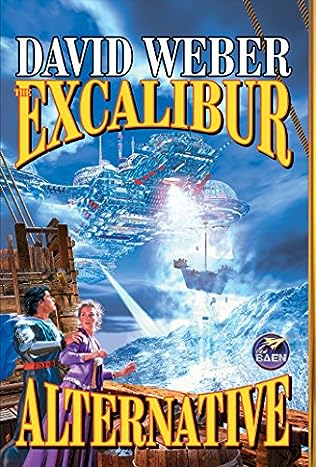 The races which ruled the Galactic Federation knew they were vastly superior to the inferior species restricted to the narrow confines of their own star systems by the crudity of their technology . . . and they had every intention of keeping things that way.
It was a neat little scam, a rigged game in which only the House could win, which the Federation had played for over a hundred thousand years, and no one had ever managed to challenge it.

Yet all good things come to an end, and the Galactics made one mistake. It didn’t seem all that terrible at first, only a single merchant guild which bought itself a Roman legion to use as enslaved sepoys on the primitive worlds where they weren’t permitted to use their own weapons to force trading concessions. But the Romans were too good at what they did, and a desperate competing guild decided that the only way it could continue to compete was if it had Romans of its own.

Unfortunately, Roman legions were no longer available, so the competing guild had to settle for something else: English longbowmen on their way to the Battle of Crecy.

It may take a century or so, but the Galactics are about to discover what happens when the sword finally comes out of the stone.