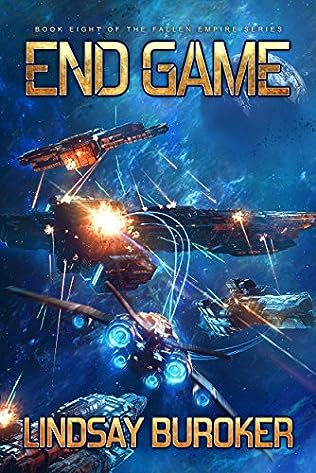 Alisa Marchenko has reunited with her daughter, and even though she hasn’t figured out how to get Jelena to accept Leonidas yet, she dreams of the three of them starting a new life together. They can return the Star Nomad to its original purpose of running freight and staying out of trouble (mostly).

Before that can happen, Alisa must fulfill the promise she made to Jelena: that she and her crew will retrieve young Prince Thorian, the boy who has become Jelena’s best friend. But Thorian was kidnapped by the rogue Starseer Tymoteusz, the man who wants to use the Staff of Lore to take over the entire system—and the man who may have the power to do it. Alisa doesn’t know why he kidnapped Thorian, but Tymoteusz once promised to kill the prince, so she fears they don’t have much time.

Unfortunately, Tymoteusz hasn’t left a trail of breadcrumbs. Finding him will be difficult, and even if they’re successful, facing him could be suicidal. To have a chance of surviving, Alisa will have to come up with her greatest scheme yet.