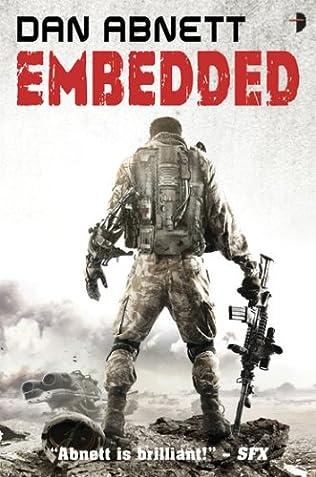 The colony planet of Eighty-Six looks as dull as all its fellow new worlds to veteran journalist Lex Falk, but when a local squabble starts to turn violent, and the media start getting the runaround from the military high command, his interest is seriously piqued.

When journalist Lex Falk gets himself chipped into the brain of a combat soldier, he thinks he has the ultimate scoop – a report from the forbidden front line of a distant planetary war, live to the living rooms of Earth.

When the soldier is killed, however, Lex has to take over the body and somehow get himself back to safety once more… broadcasting all the way.