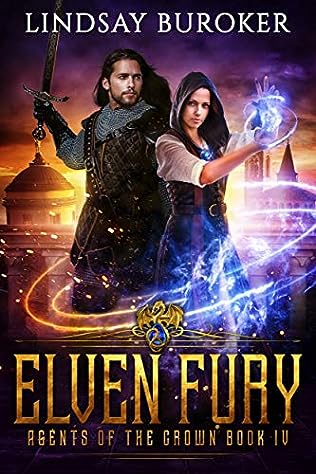 Jev Dharrow is trying to convince his father to cancel his arranged marriage so he can wed Zenia, the woman he loves. But when elven assassins arrive in the city, all his personal problems must be set aside.  Zev’s friend, Lornysh, and elf who fought against his own people during the war, is being hunted by a group of Elven Wardens.

They are after his good friend, Lornysh, an elf who has saved Jev’s life a dozen times over the years. The assassins consider Lornysh to be a traitor to their people, and they’ll kill anyone who stands at his side. They wield great magic as well as their swords, and they have the power to destroy half the city as they chase after their target.

Zenia and Jev, Agents for the Crown, struggle against society’s expectations in terms of marriage. With the arranged marriage looming and elven assassins on the warpath, Jev is running out of time to save his friend—and his own future.