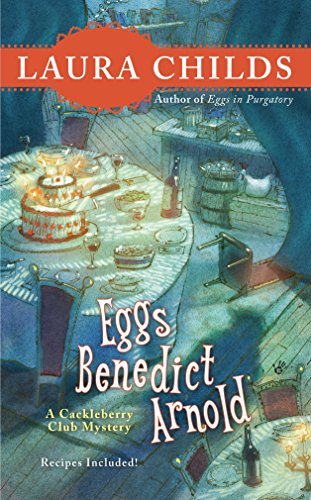 “Suzanne, Toni and Petra lost their husbands but found, in each other, a life raft of support, inspiration, fresh baked goods, and their own business . . .”

When Cackleberry Clubber Suzanne delivers a pie to funeral director Ozzie Driesden, she discovers him not working at the embalming table but lying on the embalming table. She barely has time to recognize his corpse before she?s drugged with chloroform. With more suspects than breakfast specials, the Cackleberry Club scrambles to crack the case before one of their own ends up six feet under.

Widowed Suzanne, one of three owners of the Cackleberry Club diner/knitting shop/bookstore, finds the body of a local funeral director. When the gruff but not inept local sheriff lists Suzanne’s friend Missy, the dead man’s lady friend, near the top of the suspect list, Suzanne vows to help find the murderer and clear Missy.