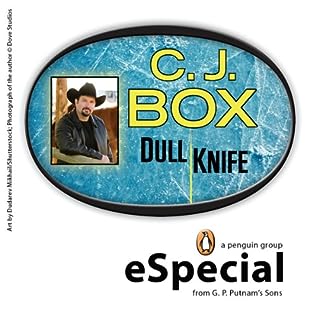 A chilling short story of death and retribution from the “New York Times”-bestselling author of “Cold Wind.” Twenty-two degrees below zero on a high mountain lake in Wyoming.

Game warden Joe Pickett was carefully sliding across to check the licenses of a group of ice fishermen on the lake, when he saw the strange faint yellow glow coming from beneath the surface and, when he got closer, the thin, spindly, black thing sticking up in the middle of it. His first thought was that it was a tree branch. But it wasn’t. It was a frozen human hand, reaching up through the ice…

Joe Pickett investigates a light shining through the frozen ice on the lake and sees the arm of a young woman reaching through the ice as if she is reaching for someone to grab her and pull her to safety. The woman is Jessica Antelope who has gone from a star basketball player in high school to a person without a future who has been arrested for drugs.

He oversteps his authority to bring a measure of justice and retribution for the death of an Indian woman on the Wind River Reservation. A rich, entitled, self-proclaimed Indian from CT is spreading alcohol and drugs to take advantage of young Native Americans.