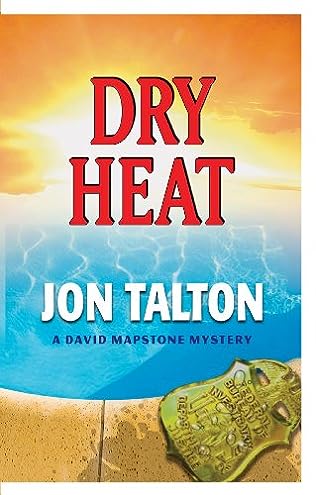 The past is never past on the mean streets of Phoenix, especially when the mercury hits a hundred and it’s only April. Half a century after the unsolved murder of an FBI agent, the missing badge is found on the body of a dead transient.

The case seems a perfect fit for David Mapstone, history professor turned Maricopa County deputy sheriff. That is if he can get past a forced partnership with rival cold-case expert Sgt. Kate Vare and the FBI’s strange stonewalling about the details of the agent’s killing.

To complicate matters, there are the crimes making history today, like the arrest of Russian mafia members in a multimillion-dollar fraud case. David’s wife, Lindsey, star of the sheriff’s Cybercrimes Bureau, was on the task force that busted the case wide open. But her triumph is short-lived when a hit in Scottsdale leaves three task-force members dead. Lindsey’s life in danger, Sheriff Peralta stashes Lindsey and David in a safe house. That doesn’t get the good “History Shamus” off the hook, though, as Sheriff Peralta inexplicably demands that David solve the cold case.

The trail will take Mapstone to the most forlorn parts of Phoenix, as well as to San Francisco and picturesque southern Arizona, as he slowly uncovers the bloody secrets surrounding the mysterious FBI badge. He’s got the brains and the leads. Now all he and Lindsey have to do is live long enough to bring justice to a fifty-year-old crime.