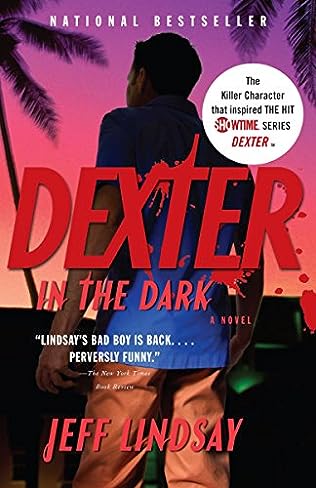 In his work as a Miami crime scene investigator, Dexter Morgan is accustomed to seeing evil deeds…particularly because, on occasion, he rather enjoys committing them himself. Guided by his dark Passenger – the voice inside him that helps stalk his prey – he lives his outwardly normal life adhering to one simple rule: he only kills very bad people.

Dexter slides through life undetected, working as a blood splatter analyst for the Miami Police Department, helping his fiancee raise her two adorable (if somewhat…unique) children, and always planning his next jaunt as Dexter the Dark Avenger under the light of the full moon.

But everything changes when Dexter is called to a gruesome double homicide. Dex realizes he’s dealing with someone a whole lot more sinister than he is and it sends the Dark Passenger into hiding. And when something scares your friendly neighborhood serial killer, you know it’s serious…

More used to inspiring fear then experiencing it, Dex must investigate, while simultaneously coping with his demanding family. If he’s to save himself, and those around him, Dexter must pose questions he’s never dared ask – where does evil come from, and does it hide inside everyone…?