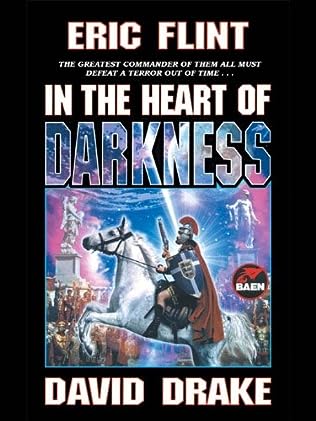 by Eric Flint with David Drake

Everybody’s favorite general is leading an outnumbered Roman-Persian force to check Malwa aggression in the east, forced to action by the fiends’ sea-borne invasion of the Tigris-Euphrates delta and their subsequent siege of Babylon. For those unfamiliar with the series, this what-if puts the Malwa Empire in control of the Indian subcontinent thanks to diabolical assistance from across time, granting their forces superior strategy and advanced weaponry.

But the ever-canny Belisarius is equal to the challenge, with no small help from a telepathic crystal named Aid that acts as both adviser and seer.

The writing tandem of Flint and Drake still proves strong–relative newcomer Flint (Mother of Demons) seems well-paired with military-SF powerhouse Drake, creator of “the meanest bunch of mercs who ever nuked a world for pay” (that’d be Hammer’s Slammers, natch). The two offer up their usual dose of meticulous historical detail and realistic, mud-and-blood combat and tactics. Throw in some time-bending fun like Belisarius’s “invention” of the Knights Hospitaler and phrases like “fire in the hole,” and you know you’re in for a good time.