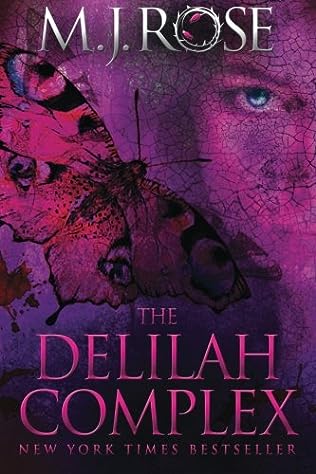 Book 2 in the Butterfield Institute series (2005)

Twelve sexually adventurous women form a secret club that becomes the center of investigation when several men they’ve recruited to dominate are murdered. Turning to sex therapist Dr. Morgan Snow for grief counseling, the group may be harboring a murderer.

As one of New York’s top sex therapists, Dr. Morgan Snow sees everything from the abused to the depraved. The Butterfield Institute is the sanctuary where she tries to heal these battered souls.

The Scarlet Society is a secret club of twelve powerful and sexually adventurous women. But when a photograph of the body of one of the men they’re recruited to dominate — strapped to a gurney, the number 1 inked on the sole of his foot — is sent to the New York Times, they are shocked and frightened. Unable to cope with the tragedy, the women turn to Dr. Morgan Snow. But what starts out as grief counseling quickly becomes a murder investigation, with any one of the twelve women a potential suspect.

The case leads Detective Noah Jordan — a man with whom Morgan has shared a brief, intense connection — to her office. He fears the number on the man’s foot hints that the killings have just begun. With her hands tied by her professional duty, Morgan is dangerously close to the demons in her own mind — and the flesh-and-blood killer.