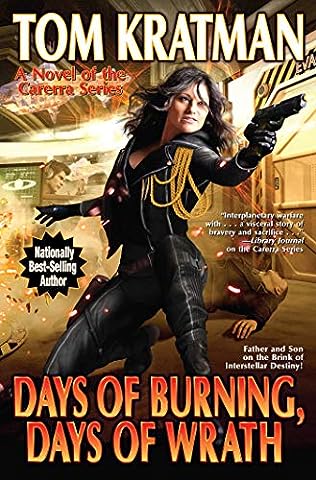 When Patricio Carrera’s family was murdered by Salafist terrorists aided and abetted by the fleet of alien Earth, the only restraint on his ruthlessness and ambition was also removed.

Now, after decades of war and preparation for war in his adopted homeland of Balboa, the last of the Tauran Union Expeditionary Force collapses and is herded into prison camps and ships, where their re-education commences.

An Islamic rebellion explodes inside the Tauran Union, bringing the governments and the bureaucracies to their knees . . . except when they’re hauled up by their necks on lampposts. In neighboring Santa Josefina, the Taurans’ Task Force Jesuit is pinned into one small corner of the country, helplessly awaiting destruction. At sea, the Balboan classis and the remaining fleet of the Zhong Hegemony battle for the supply lines that keep the invading Zhong Army in Balboa alive, while the legions, now rid of the Taurans, redeploy against the Zhong, vengeance and massacre in their hearts and minds.

And finally, Hamilcar Carrera, Patricio’s young son, stands poised on the bridge of a clandestine assault transport, ready to obliterate the last enemy base on his planet, even as a small ship is poised to remove the alien interstellar fleet overhead.