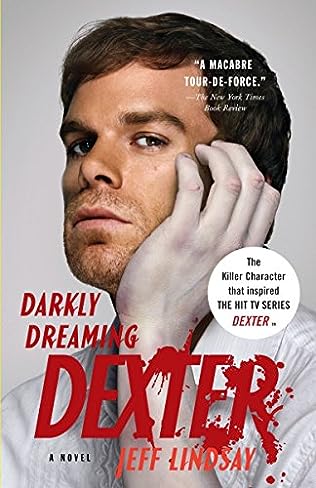 Meet Dexter Morgan, a polite wolf in sheep’s clothing. He’s handsome and charming, but something in his past has made him abide by a different set of rules. He’s a serial killer whose one golden rule makes him immensely likeable: he only kills bad people.

He appears to be the perfect gentleman. He leads a normal, quiet life working as a forensic officer for the Miami police. He has a nice, shy girlfriend and is liked by her young children.

But Dexter has a secret hobby. He’s an accomplished serial killer. So far he’s killed dozens of people and has never been caught, because he knows exactly how to dispose of the evidence. And there are those who would rather he wasn’t caught at all, because Dexter is a serial killer with a difference. He only kills the city’s bad guys. Then Dexter’s well-organized life is thrown into chaos. Another serial killer is invading his territory – and he wants Dexter to come out and play…

His job as a blood splatter expert for the Miami police department puts him in the perfect position to identify his victims. But when a series of brutal murders bearing a striking similarity to his own style start turning up, Dexter is caught between being flattered and being frightened—of himself or some other fiend