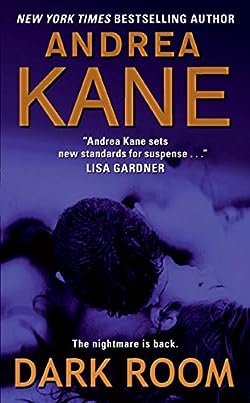 Seventeen years ago, Morgan Winter was traumatized by the discovery of her parents’ brutally murdered bodies in a Brooklyn basement on Christmas Eve. Now shocking new evidence overturns the killer’s conviction and Morgan is confronted with the horrifying realization that the real killer is still out there.

Trapped in an emotional hell, she hires Pete “Monty” Montgomery, the former NYPD detective who first investigated her parents’ homicides. Now a PI, Monty has a personal score to settle—a promise he made to Morgan, the helpless child long ago, that he’d find her parents’ killer. With nothing more than an old case file and the original crime scene photos, Monty enlists the specialized skills of his son, Lane, a photojournalist whose job is a perfect cover for the clandestine image analysis he conducts for the CIA. Constantly thrill-seeking, Lane is used to gambling and putting his own life on the line—for country, for journalistic integrity, for the adrenaline rush. But this time, the stakes are different . . . and this time, he can’t afford to lose.

The murderer is still at large and has never stopped watching Morgan from the shadows, making sure a dark secret remains buried. Now, Morgan’s fierce determination to uncover the truth consumes her, plunging her into the dark and terrifying past and an increasingly dangerous present.

Lane is closing in on the truth. But in a cruel twist of fate, what he exposes may be far more shocking and devastating to Morgan than anyone could imagine.