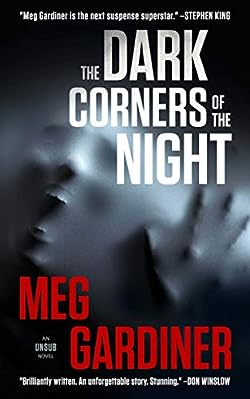 Book 3 in the Unsub series
published 2020

I am the legion of the night …

He appears in the darkness like a ghost, made of shadows and fear—the Midnight Man. He comes for the parents but leaves the children alive, tiny witnesses to unspeakable horror. The bedroom communities of Los Angeles are gripped with dread, and the attacks are escalating.

FBI behavioral analyst, Caitlin Hendrix has returned to the west coast after her boyfriend’s ex was healing from a bombing scare. As Caitlin is still reeling from that attack, she is called to go to Los Angeles because there’s a new serial killer wrecking havoc on the outskirts of the city. Who is this killer? Why does he seem to always be a step ahead of local police? How and why is he choosing his victims? What drives the Midnight Man?

Still reeling from her best friend’s close call in a bombing six months ago, FBI behavioral analyst Caitlin Hendrix has come to Los Angeles to assist in the Midnight Man investigation and do what she does best—hunt a serial killer. Her work is what keeps her going, but something about this UNSUB—unknown subject—doesn’t sit right. She soon realizes that this case will test not only her skills but also her dedication, for within the heart of a killer lives a secret that mirrors Caitlin’s own past. Hesitancy is not an option, but will she be able to do what must be done if the time comes?