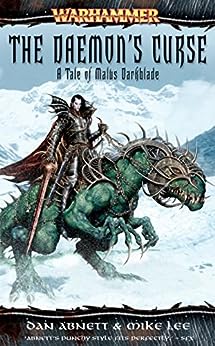 Ambitious dark elf warrior Malus Darkblade learns the location of a powerful relic and decides he wants it for himself. Malus leads an expedition into the dangerous Chaos Wastes in search of it but finds far more than he had bargained for.

Possessed by a powerful daemon, he must undertake an epic quest to save his very soul.

Adapted and expanded from the classic graphic novel, the saga of the most ambitious, treacherous and downright sneaky dark elf around (and that’s saying something!) begins here.