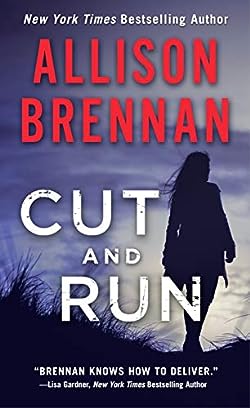 Three years ago, authorities assumed that the Albright family fled the country to avoid prosecution for embezzlement. But when their remains are discovered after a recent storm, the FBI is called in to investigate — and find the youngest child, whose body wasn’t found with the others. If the child is dead, why wasn’t his body found with his family? If he’s alive, where has he been for the last three years?

As FBI Agent Lucy Kincaid and her partner Nate investigate the cold case, they receive surprisingly little help from the original investigators. With minimal forensic evidence and no witnesses, Lucy and Nate don’t know if they’ll be able to find justice for these tragic murders, but with one small clue–the timeline of the victims’ last day–they recreate what might have happened to the family.

While Lucy is deep in her investigation, investigative reporter Maxine Revere arrives in San Antonio because of another case. The confessed killer of a family friend has recanted his statement, and now the family simply wants her to find the truth about what happened to Victoria — Max’s specialty. She hires Sean Rogan, a PI and Lucy’s husband, to assist her. When Max learns that Victoria knew Lucy’s victims, she connects a series of dots that lead to a deadly conspiracy.

Lucy, Max, and Sean must work together again if they are to find justice for these two families … and finally uncover the truth about what happened. As they dig deep into the world of corporate embezzlement, high-stakes gambling, and multi-million-dollar land investments, they realize that more than one person has secrets dark enough to kill for … and that one of them is the next target.