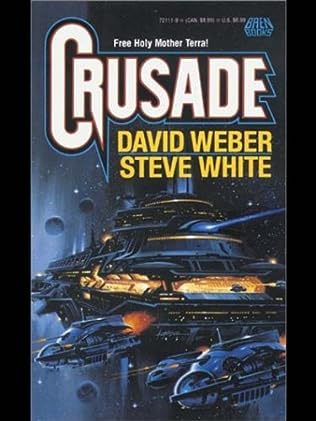 Neither side having proved capable of pressing their conflict to a successful conclusion, the Human-Orion war to end all interstellar wars has collapsed into an uneasy peace.

But it is a peace filled with fear, hatred and mistrust on both sides. Then from out of a warp point notorious for devouring space ships, appears a ship from the dim mists of half-forgotten history. It responds to hails from patroling Orion sentry using ancient human codes from a long lost colony.

And it opens fire on the Orions, igniting the fires of interstellar war anew, in a quest to free Holy Mother Terra…