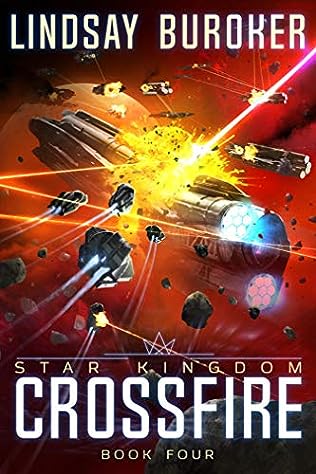 For the first time in his life, roboticist Casmir Dabrowski is headed to another star system as an advisor for the Kingdom space fleet. He’s being given a chance to prove himself to King Jager by helping find the ancient artifact he inadvertently lost. It’s best not to think about what might happen if he fails…

Casmir and Kim are again pressed into service by the king and find themselves in a different sector on a space station that is going through civil war. Intrigue abounds as the main characters attempt to complete the task given to them by the king. But questions begin to arise as to the kings true allegiance. Does he want what is best for the kingdom or for himself?

But with technologically advanced astroshamans after the artifact, not to mention the deadly mercenary captain Tenebris Rache, it’s not long before the mission collides with disaster.

Soon, Casmir and his friends are caught between warring factions, and he must choose between what the king would want and what he knows is right.

Casmir learns that naivity and good good intentions can have both good an bad results. Kim and Rache are growing closer. Bonita and Qui learn dealing with pirates can be dangerous.