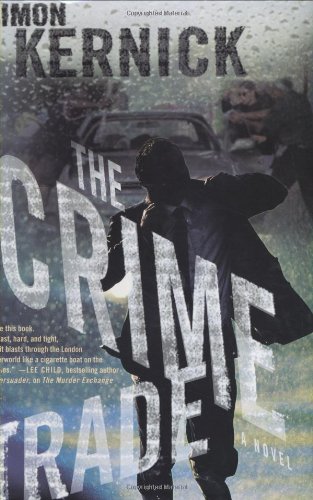 When Operation Surgical Strike, a police sting designed to catch Colombian drug traffickers in the act of selling a large consignment of cocaine to undercover police officers in a Heathrow hotel, goes horribly wrong, suspicion quickly falls on one of the officers involved: ‘Stegs’ Jenner. But Stegs is no ordinary undercover cop. Something of a maverick, with a chequered disciplinary record, he’s always lived life on the edge. With his close friend dead in the shoot-out, he now determines to go it alone.

Enter DI John Gallan and his partner DS Tina Boyd, part of the Serious Crime Squad investigating the murder of ex-gangster turned informer Slim Robbie O’Brien. Slim Robbie had helped Gallan and Boyd set up the operation and is now dead too, shot with his mother in his council flat in Islington while events at Heathrow were taking place. Meanwhile Stegs Jenner is working to his own agenda, developing a plan he’s been thinking about for a long, long time. Revenge, he decides, is a dish best taken very, very cold. But is he the man the police are after?

As Gallan, Boyd and DI Asif Malik inch ever nearer to the man responsible for the Heathrow shooting, they uncover a murderous conspiracy that will take them to the heart of one of London’s most notorious criminal gangs. What they cannot know is that they’ve also embarked on a collision path that will lead one of them straight into the rifle sights of the enemy.